Analysis Of The Musical Cryptograms / The Heavenly Ladder 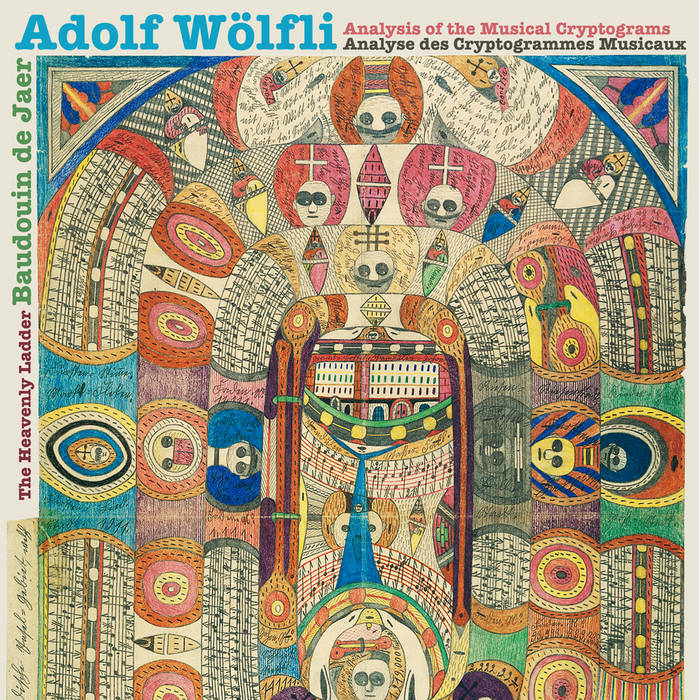 Baudouin de Jaer's approach gives a new dimension to the works of 20th century's major artists.
He had not been previously exposed to Wölfli's work. He was completely moved by the artistic and human dimensions of the mystery surrounding this gigantic and universal body of work created within the Waldau hospital in the early 20th century. He managed what none other had accomplished before: to decode Wölfli's hermetic and emblematic scores.

Adolf Wölfli
(Bern, February 29, 1864 - Waldau, November 6, 1930)
was a Swiss artist who was one of the first artists to be associated with the Art Brut or outsider art label. Wölfli was abused both physically and sexually as a child, and was orphaned at the age of 10. Institutionalized in 1895 at Waldau psychiatric asylum near Bern (Switzerland) where he spent the rest of his adult life. He suffered from psychosis, which led to intense hallucinations. Wölfli started drawing in 1899, but no work prior to 1904 has been preserved. In 1908, Wölfli started developing what would become a potentially endless narrative stretched across 25,000 pages interrupted only by Wölfli's death in 1930. His images also incorporated an idiosyncratic musical notation. This notation seemed to start as a purely decorative affair but later developed into real composition which Wölfli would play on a paper trumpet. After his death the Adolf Wölfli Foundation was formed to preserve his art for future generations. Today its collection is on display at the Museum of Fine Arts in Bern and can be seen in many museums in the world.

Bandcamp Daily  your guide to the world of Bandcamp

Featuring Gary Bartz, 5 years of Rhythm Section Intl and an LP of the week by Nicolas Jaar